The Story of FlattenTheCurve.com: How I Took a Hand-Registered Domain to a Million Page Views in Seven Days

In early March 2020 I hand-registered a domain name and built a one-page website that saw over a million page views in just seven days. This is the story of how powerful the right domain can be, combined with amazing content, and absolutely perfect timing.

Over the weekend of March 7th-8th, I started to see an image being circulated on social media about the importance of “flattening the curve” of the budding COVID-19 crisis in American. You’ve seen it a thousand times by now–it’s this one:

I thought it was brilliant–it captured a fairly complex idea extremely simply. I thought it was an idea that should be shared. So I did what anyone addicted to domain names and marketing does: I checked to see if the domain name was available.

Sunday night, March 8th, I bought the name via the Namecheap iPhone app (which, is risky for someone who gets a little dopamine kick from registering a new domain, feeding off the energy of an idea newly-born, with all the potential in the world before it). My idea at the time was just to throw a site up that just contained the image, to make it easy to share. I had no real ideas on what to do with it beyond that.

The very next morning I was scrolling through my Twitter feed instead of working and came across something Retweeted by one of my favorite authors and a solid Twitter follow, Kelly Link (shout out to Kelly Link–go and read her short story collections immediately). The author of the tweet was Julie McMurry, a public health expert based in California. In the absence of strong guidance from public officials, she put together an amazing resource that gave people that, looking back from September 2020 to this past March, seem simple and obvious, but at the time there was definitely an absence of simple and useful info:

Julie put all these ideas into a Google Doc, and published the public link so people could view it. When I visited the doc it was obvious how popular it was from the amount of “anonymous animals” viewing it.

I had an idea–what if I could take this Google doc that was getting some traction and just paste it on FlattenTheCurve.com — it was the perfect content for the domain name.

So I cold-DM’d Julie on Twitter. After a brief introduction that I was a marketer and was looking to be helpful, and that I also owned the FlattenTheCurve.com domain name, here’s how the convo went:

So that’s what I did–I just copied the entire doc, pasted it into WordPress and spent about an hour fixing all the formatting issues.

Because I spend my days obsessing over traffic to my portfolio of websites, and because I knew I’d eventually write up the story of this project (even before seeing how it actually unfolded), I took screenshots of the traffic at various times over the next few weeks.

The first half-day the site was live it saw several thousand visitors–driven mostly from Julie’s tweets and the message she put in the Google doc that said, basically, “this content has moved to FlattenTheCurve.com.”

That Tuesday and Wednesday, though, traffic exploded. It went viral on Facebook and hit the front page of HackerNews (getting as high as the number two spot). I worked my ass off to keep the site from going down. Several very generous people on Twitter reached out to help, and Dreamhost and Cloudflare provided some direct support that helped the site stay live for the most part. As I specialize in SEO and am not really all that technical, I was really over-my-head when it came to making smart decisions about keeping the site live through the onslaught of traffic.

Traffic peaked on Thursday, March 12th–the day after the NBA announced it was suspending its season due to the coronavirus. Here’s a screenshot with the highest number of “live visitors” I managed to grab, to show you what kind of traffic this site was getting:

1500-1700 active users on the site was sustained for probably half of that Thursday. That’s 300-400 visitors per minute, I’d never seen anything like it before in my life.

Aside from just the sheer largeness of that number, it was amazing to see Julie’s content resonate with so many people–people who were, at the time, just desperate for some guidance. There was a lot of uncertainty still in early March.

Here’s a look at the traffic from the first seven days:

So what’s the point of all this? Yes, as a traffic-obsessed marketer in my day job, I love digging into the numbers and seeing “up-and-to-the-right” analytics. For me, personally, it was incredibly satisfying to see something I helped create (though Julie obviously did all the heavy lifting in creating the content and previously working for years to earn the authority as an MPH that would help people trust her) spread as widely as it did, and, I sincerely hope, helped people reduce their risk–or avoid altogether–coming down with or spreading COVID-19.

It’s also nice to see a good domain name be used for its “highest and best purpose,” to badly paraphrase Michael Cyger. As Elliot Silver pointed out in a blog post he wrote about seeing #FlattenTheCurve trend on Twitter, and then seeing the website being shared on social media with a real authority as the author:

I’m super grateful I was able to grab this domain and connect with Julie to create something that so clearly spoke to a lot of people in a very short time.

This whole thing is such a great case study for demonstrating the power of a great domain name that exactly matches a trend, an ideal, or a single word that encompasses an entire brand, and it’s a good illustration of why domain names are worth so much AND why they sell for so much.

I spent the time writing this up because I think it’s a neat story for marketers, SEOs, and domain name investors. I also wanted it all documented somewhere, so I don’t forget the little things about it.

Because I’m so deeply invested in SEO and marketing, it becomes the window frame and the panes of glass I see the world through. My personal philosophy when it comes to building the portfolio of sites I create, grow, and monetize as my “day job” is to do things as naturally as possible. Yes, there’s a lot of time spent on ensuring search engine spiders can crawl, understand, and categorize the sites I build so they can serve them up to curious searchers, but in creating content and then building awareness I try to take a “natural” approach to things. No tricks (mostly), just write content that is highly optimized and informative.

To do this in a way that not only reads as “natural” or “how sites actually operate” but is also highly effective, I spend time studying successful sites–whether that success is in being shared widely, getting a lot of links and attention, or ranking well for tough keywords. In the case of FlattenTheCurve.com it became all three.

So here are the lessons I took away from this wild ride:

You can have the best domain on the block, but if you create content that no one cares about, isn’t relevant, or just kind of sucks you’ll never get traction. Yes, this domain was a perfect exact match riding the very first curve of an exponential trend. But the content that Julie wrote was simple, straightforward, and really struck a chord with people.

I was 100% unqualified to write anything on the subject of coronavirus, public health, epidemiology, etc. but Julie absolutely was qualified. She was, however, too busy, and (I’m assuming but don’t know for sure) not really experienced in internet marketing like I am. The Google doc she used to write the initial information was incredibly slow and laggy due to the sheer number of people accessing it. It definitely wasn’t the ideal form of what it could be–I provided that with the domain. So I couldn’t have created something like this without Julie’s content, and vice versa. Together we reached almost a million people, though, and that’s pretty god damned cool.

If Your Mission is Something People Can Get Behind, They Will

I simply could not keep the site online by the second and third day–it was being visited by too many people all at once. Several people on Twitter stepped up to help me figure out next steps, and several businesses contributed their time, expertise, and products to help.

Dreamhost bumped up the bandwidth to help with the increased traffic.

Cloudflare engineers helped me set-up and troubleshoot issues with getting Cloudflare set up and implemented properly.

Slack gave us a “paid” account to help coordinate everything, for free.

Nico and his organization Instedd stepped in and took over running the site–including all technical issues and coordinating translations, which saved me because I was pretty far over my head…

Several people from other countries helped translate the text into something relevant for them fellow citizens, and literally translated it into their language.

All of that, for free. It was amazing!

Obviously this is something that won’t happen as readily with, say, a cycling affiliate site or something. But if you build a site or platform that truly helps other people, that resonates with them, and promotes ideas they believe in… I mean, you never know.

One thing it was interesting to observe was the quality of links that started rolling in–links that make angels weep and Eric Ward, the Patron Saint of Link Building watching over us all give a knowing smile.

In a very short amount of time, the site got links from publications like :

The site is currently a DR 61 with over 1.6k referring domains:

Most sites with a backlink profile like that have been around for decades and have gone through several iterations. I think it’s super rare to see a site so young (just a few months!) get those kinds of links from those kinds of sites. It gives you a chance to see what a natural, focused anchor text spread looks like:

FlattenTheCurve.com doesn’t rank for very many keywords–it was never meant to (and so it isn’t the BEST of case studies to use in building your own sites)–but it ranks on the first page for “Flatten the Curve” among several impressive authority sites like the NYTimes and LiveScience.com.

I asked Julie if she’d like to wrap this post up, and I think she wrote the perfect summary of things. Here’s what she said:

Although flattening the curve looks different today than it did in March (more sustainable risk reduction, less indefinite lock-down), it is still a vital message–one which has become ubiquitous now, so traffic dropped off.

The site is still live for reference since it will be a while before we can leave this plague safely behind us.

Special thanks to Julie McMurry for helping me wrap-up this essay, and Nick LeRoy who read an early draft and provided feedback.

If you enjoyed reading this, please consider signing up to be notified when I publish something new: 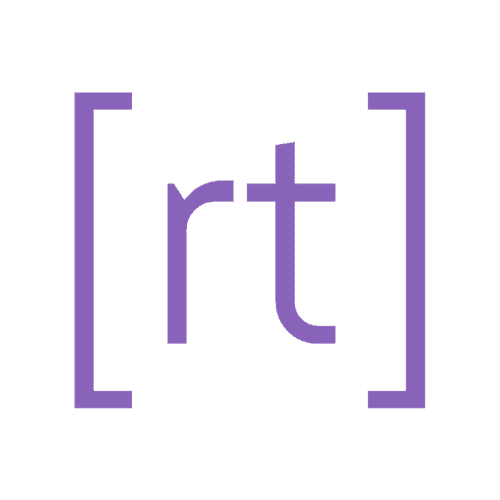